We are going to use the array of LEDs to show symbols. To do this, open de code-editor and start making the code which is shown below. 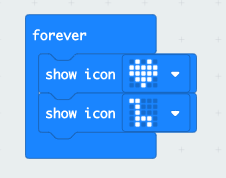 The micro:bit leds wil now alternate between the symbol of a heart and a dinosaur. Effectively showing that you love dinosaurs. 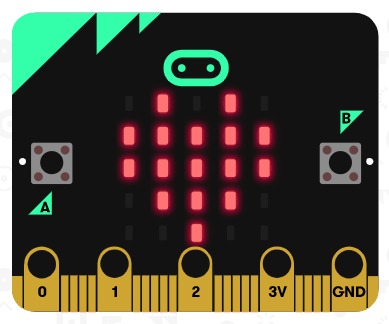 Now these are pre-programmed symbols, which can be very helpful, but you can also make your own symbol. Use the “Show leds” block and click on the cubes to fill them up, this means those LEDs will turn on. Go ahead and make your own symbol of light! 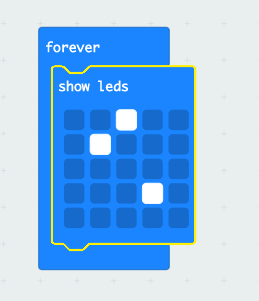 Programming is also a language on its own. Sometimes it uses words from your language. Maybe the most important words are ‘IF’ and ‘THEN’. You can use them just as in your language. For example you could say: IF i get cold, THEN I will put on a sweater. This is something a robot can think too!
We are going to make a robot speak up once he sees light. Using the BYOR light sensor and the micro:bit. Connect the light sensor to input 0. 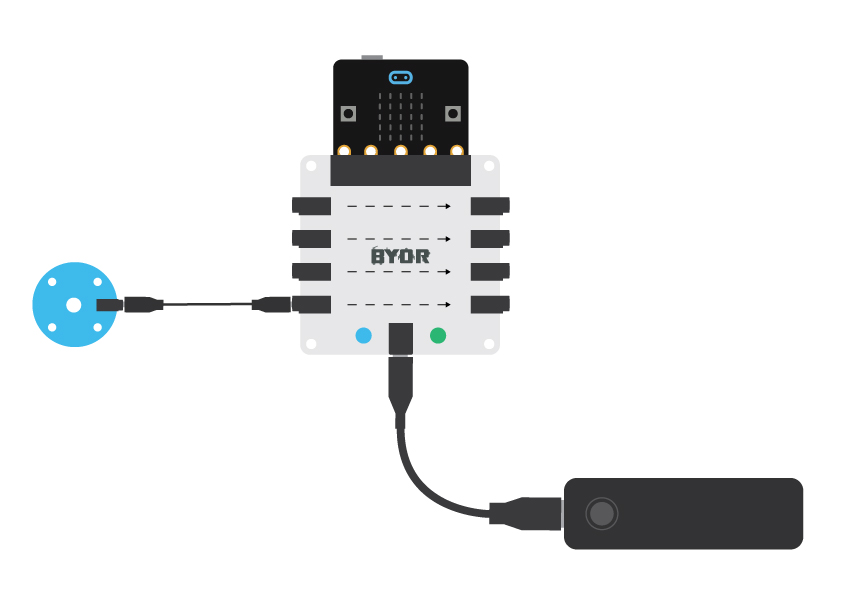 We are going to read the light sensor and IF the light gets bright, THEN the robot will say “Light!”
Create the code shown below, remember you can search for blocks of code using the search bar. The IF block and the comparison block are under Logic. 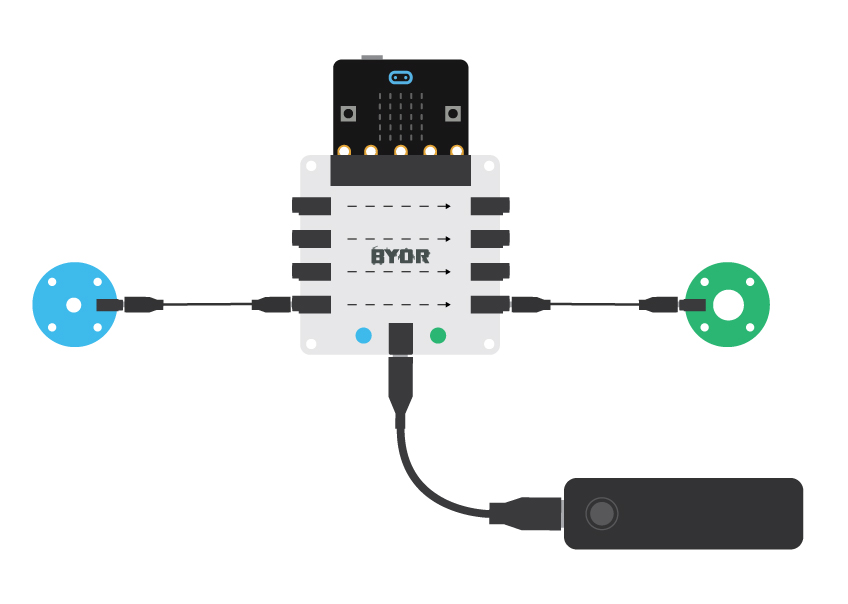 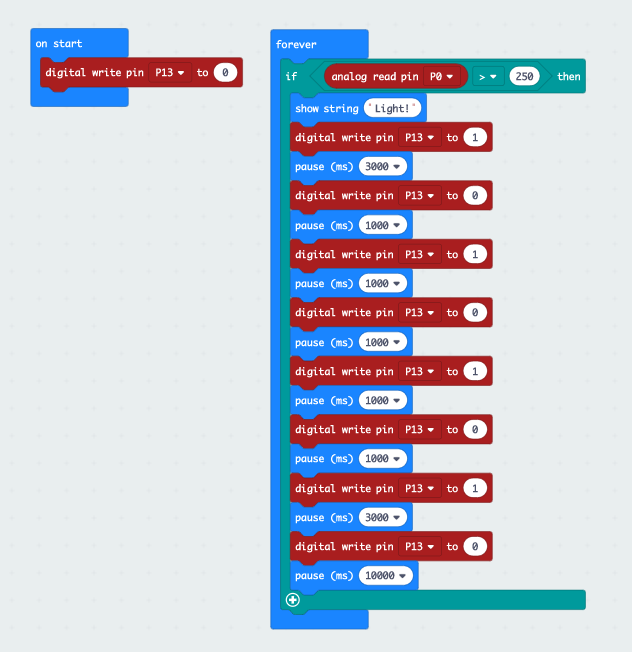